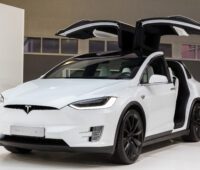 A lawsuit brought by a California resident against Tesla claims Tesla is unilaterally modifying customer purchase agreements, including pricing terms.

As alleged in the complaint, Tesla is “vertically integrated.”  That is, unlike traditional motor vehicle manufacturers, Tesla “does not sell through separate entities (dealerships) but rather acts as its own distributer and retail sales arm.” Customers must visit Tesla’s website to begin their purchase, and, once they select the model and specifications and pay a $100 order fee, Tesla sends a Motor Vehicle Order Agreement. This Agreement states the order was “placed electronically with accepted terms” and contains a total price, not including taxes and governmental fees.

However, the complaint further asserts, Tesla has unilaterally sent modified Motor Vehicle Order Agreement contracts to customers. These modified agreements contain different terms, including increased prices for the model vehicle. And, Tesla has given only two options in such cases: pay the higher price for a different model or cancel the contract.

Plaintiff Daniel Horowitz contends he received a modified agreement after he ordered a Model X Long Range Plus Tesla in 2020 with various specifications, a total price of $97,290.00, and a delivery date of December 28, 2020.  He says in May 2021, Tesla unilaterally sent him a modified agreement for a lesser Model X Long Range, different specifications, and an increase in the base vehicle price of $10,000—for a total vehicle cost of $109,190.00—claiming the charges were necessary because the model he ordered was no longer available.

However, Horowitz argues, because of Tesla’s vertical integration, it knew at the time he ordered the vehicle what options were available. Thus, he contends, “the truth is that Tesla changed nothing other than the price, increasing it unilaterally and fraudulently.” In such cases, he argues, “Tesla simply refused to actually manufacture the vehicle the consumer ordered, and for which Tesla took the order, in order to increase the price on already ordered vehicles.”

The lawsuit asserts claims including breach of contract and violations of California unfair competition and consumer laws. The remedies sought include damages.

The case is Horowitz v. Tesla Motors, Inc., case number 4:21-cv-09635, in the United States District Court for the Northern District of California.